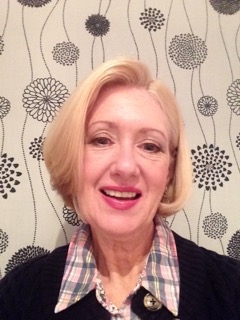 Born in Manchester in 1945, I attended Loreto Convent and afterwards studied dress design at the Manchester College of Art and Design.

On leaving College I decided I'd had enough of the clothing industry for the time being, so blagged my way into a job as a croupier in a Casino, where I worked for five extremely happy and entertaining years.

I left the Casino to marry and travel the world with my husband, a marine engineer. But when my son was school age, I had to put my suitcases into storage and settle back in Manchester. It was then that I started my business, Stella's Wedding Dresses, initially working from home.

In 1988 I opened the wedding shop on Burton Rd in West Didsbury. Over the years I designed thousands of wedding gowns and custom made them to measure, retiring in November 2013. I've always wanted to write. Thought it would be easy - it isn't.

Two and a half years ago I began work on my first novel Seasons in the sun. It's still work in progress, but now I'm retired from business, I have more time to concentrate on it.

I have received a great deal of invaluable help and encouragement from the Writers' Group and would be lost without them.